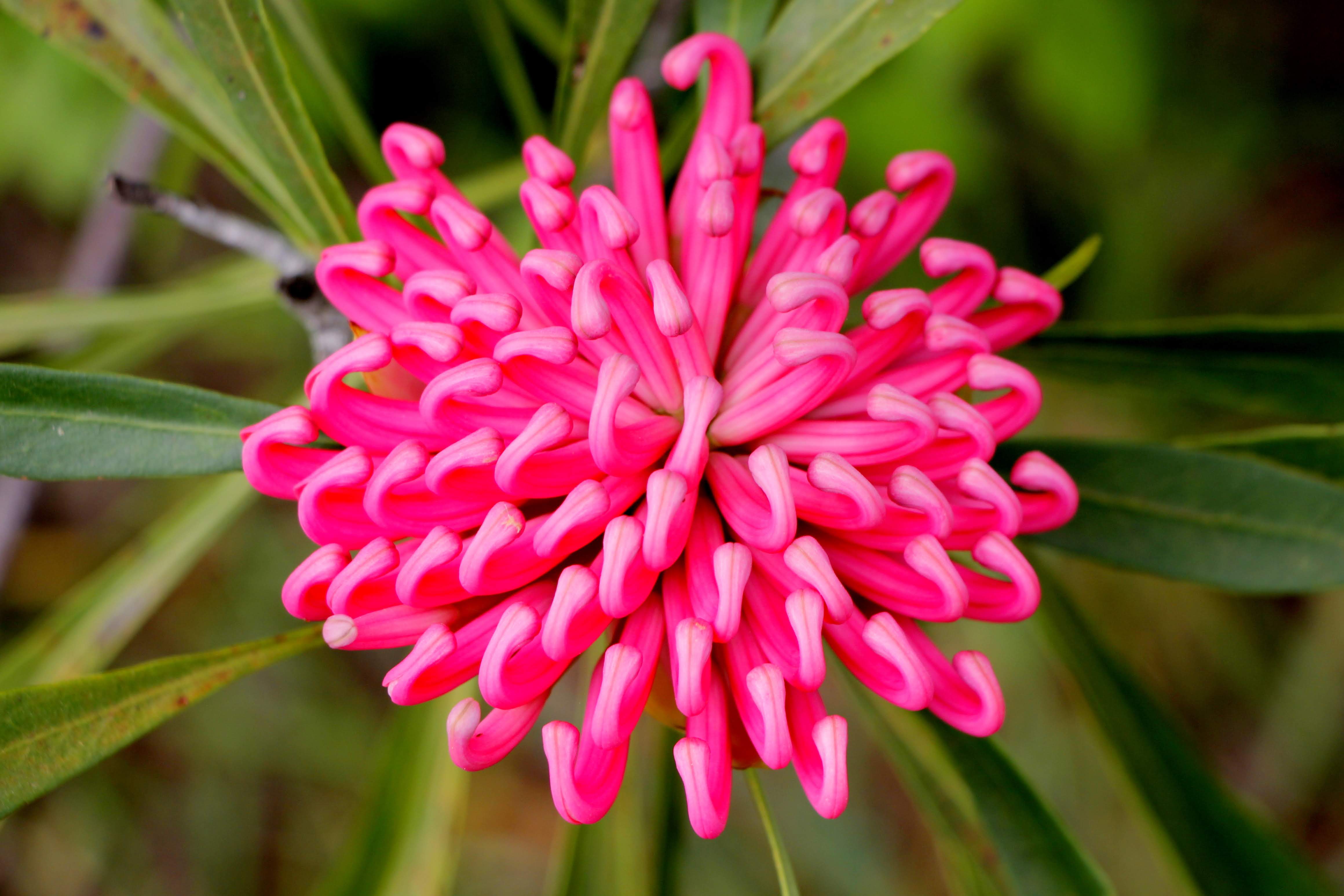 Spring descends in Sydney with an outburst of colours that almost makes you want to celebrate. Flowers of nearly every imaginable pastel colour pops up in the most common alleys and boulevards, suddenly awakening you up and making you take those deep breaths of rejuvenating freshness, courtesy la primavera. Reflective of the unputdownable multi-cultural spirit of this city, the zest of spring abounds in flowers from nearly every part of the world – yellow daffodils from the Motherland, pink cherry blossoms from Japan, purple magnolias from China, lavender jacarandas from Brazil, crimson rhododendrons from India – the list is one long one.

But to say that all of Sydney’s spring is imported is to commit a grave mistake. The native flowers are as striking as they are mesmerising – oh yes, there’s more to the indigenous flora besides the scribbly gums and the acacias! The queen of these is undoubtedly the Waratah, an indigenous flower named by the Eora Aboriginal people who once lived in the Sydney region. Its meaning? Surprise, surprise, the Red flowering tree. Yes, the most common version of the waratah is the delicious red one, the patterns, order and symmetry of which grants it a very high position in the world of inflorescence (flowers blooming in clusters such as the sunflower). Abundant along the eastern coast, it was one of the first flowers to be collected by the early English expeditions for cultivation back in Europe. 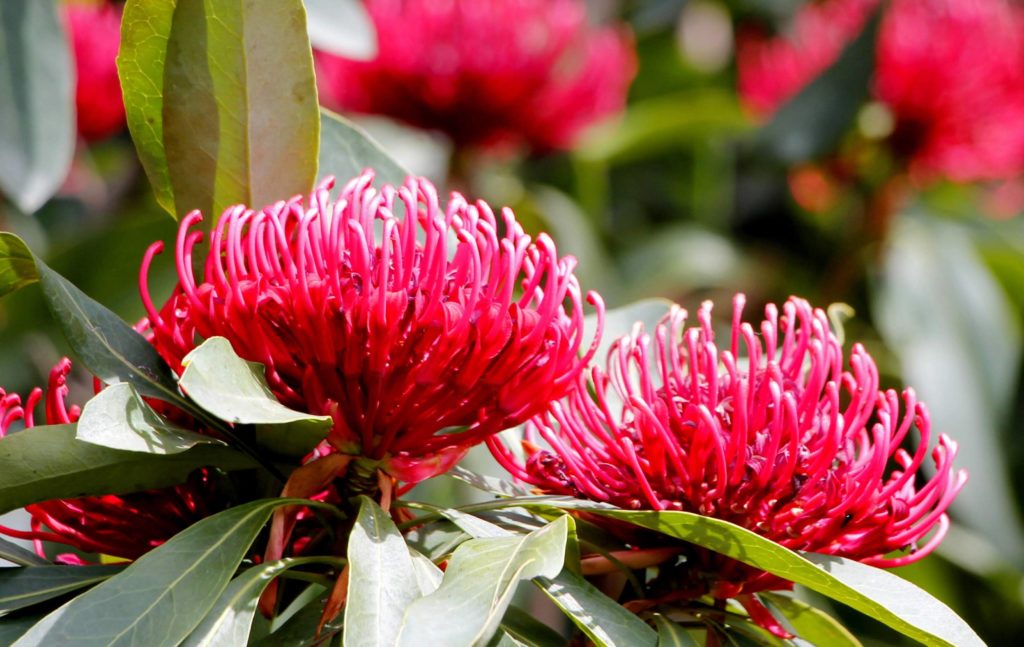 It was this flower that was being celebrated in the ‘Wild about Waratahs’ spring festival recently at the Mount Tomah Botanical Gardens in the World heritage listed Blue Mountains at the city’s threshold. It is a sister garden to the Royal Botanical Gardens in the heart of Sydney and is used to cultivate high altitude plants that thrives better in the cool climes of the Blue Mountains. But I won’t talk about the Gardens today – its more of the wild red waratah that piqued my curiosity. Curious and delighted about the flower, I learnt quite a bit about the flower.

It was adopted as the state emblem of New South Wales in 1962, and you would have seen it in any of the state departments’ logo (though it resembles the lotus as well). However, it was ambitious enough to aim for more dizzy heights, albeit in vain. More than two decades later, the red waratah was fighting head-on with the golden wattle to be the national flower of the country. We now know that the golden wattle emerged victorious, but for the only fact that it is found all over the country while alas, the waratah is found only in the eastern coast.

Coming back to the gardens, I also got to see an albino version of the waratah – the white Wirrimbirra waratah. It is said that when it was first discovered in the 1960s, it was so rare that its location was kept a secret, lest the flower became more commonplace. Aboriginal dreamtime stories also talk about the white waratah being the original one, until a bleeding wonga pigeon, attacked by a hawk, shed its blood on the white ones and changed them to red. (I wonder if there’s some real linkage from an evolution or discovery perspective that led to these stories in the first place).

Nonetheless, colour aside, the flower seems to have a strong connection with Australiana that has been, and continues to be, celebrated. For example, the suburb of Telopea in Sydney’s inner west, as with many other avenues, is named after the waratah’s scientific name – Telopea speciosissima. Even the latest series of Sydney trains has been called the Waratah Series! And if you turn back to the rusty red pages of Australian writing, you will find many a bush poet inspired by its bright red hues in the dusty wilderness, writing paeans about this flower. In the words of legendary poet Henry Lawson, dating back from 1905:

… whatever the quarrel, whoever her foes,

Though the struggle be grim, ’tis Australia that knows,

That her children shall fight while the Waratah grows,

And the Wattle blooms out on the hill…