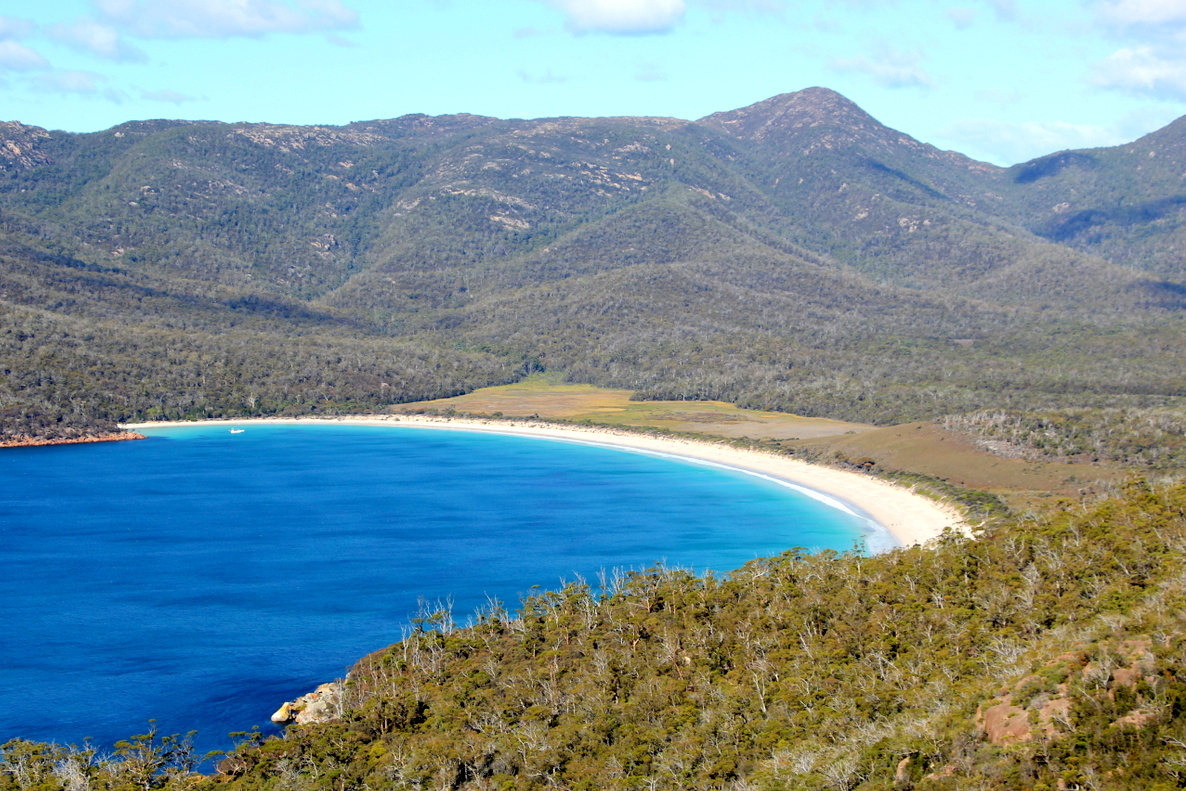 If you ever happen to parse through the most picturesque beaches of this sandy-shoreline gifted continent, and chance upon a near perfect semicircular beach holding turquoise waters, blending into indigo, in all probability, you are looking at Wineglass Bay. Aptly named, it is a picture-perfect postcard of a beach, and the single biggest draw of the Freycinet National Park. 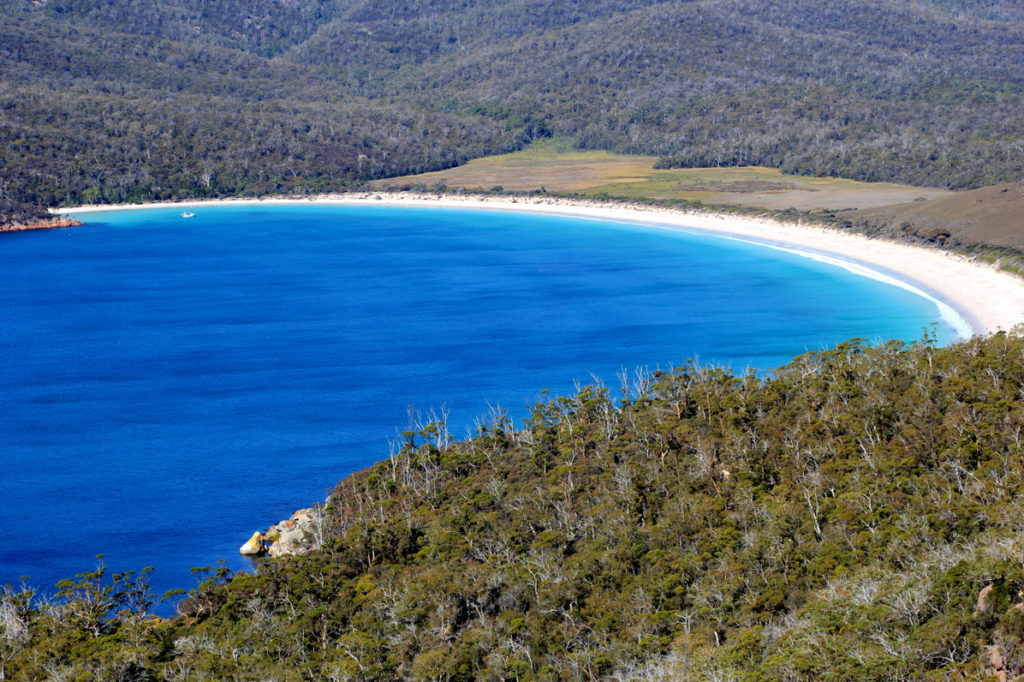 The taxonomy of places in Australia has always interested me, so when I looked into the origin of names in this part of the island, I was a bit surprised. The Dutch and English had already played a key role in the explorations here – but that was not all, even the French had large contributions, still evident in the names here. Freycinet NP was named after Louis de Freycinet, a French explorer. The French had explored these parts more for scientific navigation than colonisation, but their presence in the Southern Ocean was always considered a threat by the British. It was for this reason that the British had swiftly sent men to colonise Tasmania through their penal settlements, lest the French stake a claim (as mentioned earlier, Hobart and Launceston had therefore become the oldest English settlements following Sydney).

Today, Bruny island off the coast of Hobart is separated by the d’Entrecasteaux channel – both legacies of the French explorer Bruni d’Entrecasteaux, an ardent explorer of the late 18th century who came in search of yet another French predecessor – Jean Francois de la Perouse. Those familiar with the scenic La Perouse region of Sydney near Botany Bay can relate to the latter, who had arrived at Botany Bay just a few weeks after Arthur Phillip’s first fleet, but then disappeared for good in the waters of the vast Pacific.

Today, Freycinet NP is one of the most popular attractions of Tasmania. Its highlight is a walk to a viewpoint, overlooking the breath-taking Wineglass Bay. The moderately steep but easily doable walk is a must-do, just for the million-dollar views, notwithstanding the potential to get a glimpse of the Tasman wilderness. We were ambling in the park in the evening when we found grazing wallabies and pademelons (cuter and smaller versions of the kangaroos). The Tasman Devil was once quite prolific in these parts but have dwindled in recent times due to the oncological illness plaguing the species.

The walk to the viewpoint took us about an hour each way, with even a longer walk leading to the beach. The other alternative is a 3-hour hike to the top of Mt. Amos that gives even more spectacular views.

The other interesting hike in the park was to the Cape Tourville Lighthouse (notice the French connection again?) We were the last travellers on the scenic boardwalk around the Lighthouse and the solitude was fascinating. Unlike the Wineglass Bay lookout walk, which was teeming with other hikers, we practically had the boardwalk to ourselves. Late at dusk, the sky was burning red, and the choppy waters of the Pacific increased the sense of wilderness, isolation and desolation that had been so characteristic of my experience with Tasmania.

As the winds picked speed and increased the winter chill, I looked at the white lighthouse, standing like a sentinel and couldn’t help marvel at our species, that relentlessly conquered every last inch of land on the planet. Fortunately, even within that all-conquered kingdom, there were empty spaces like the Tasman wilderness that allowed the wandering soul to seek a bit of respite, and marvel at the earth, as primeval and pristine as it was millennia back… 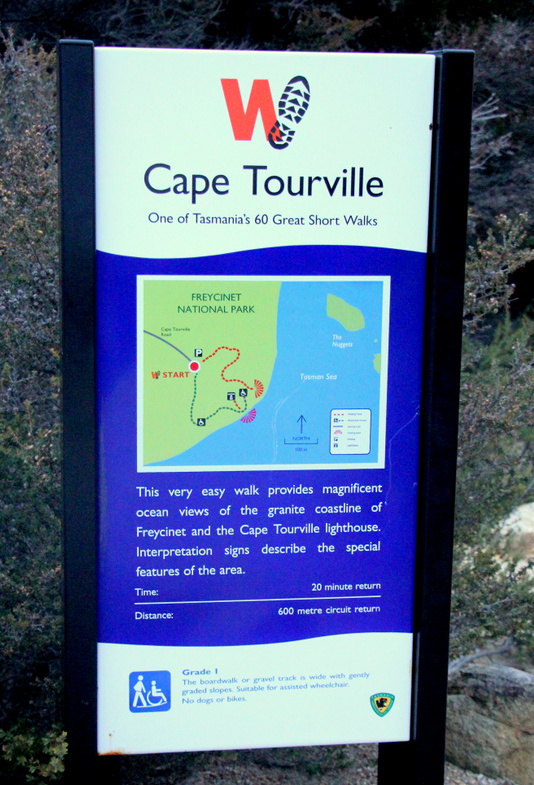