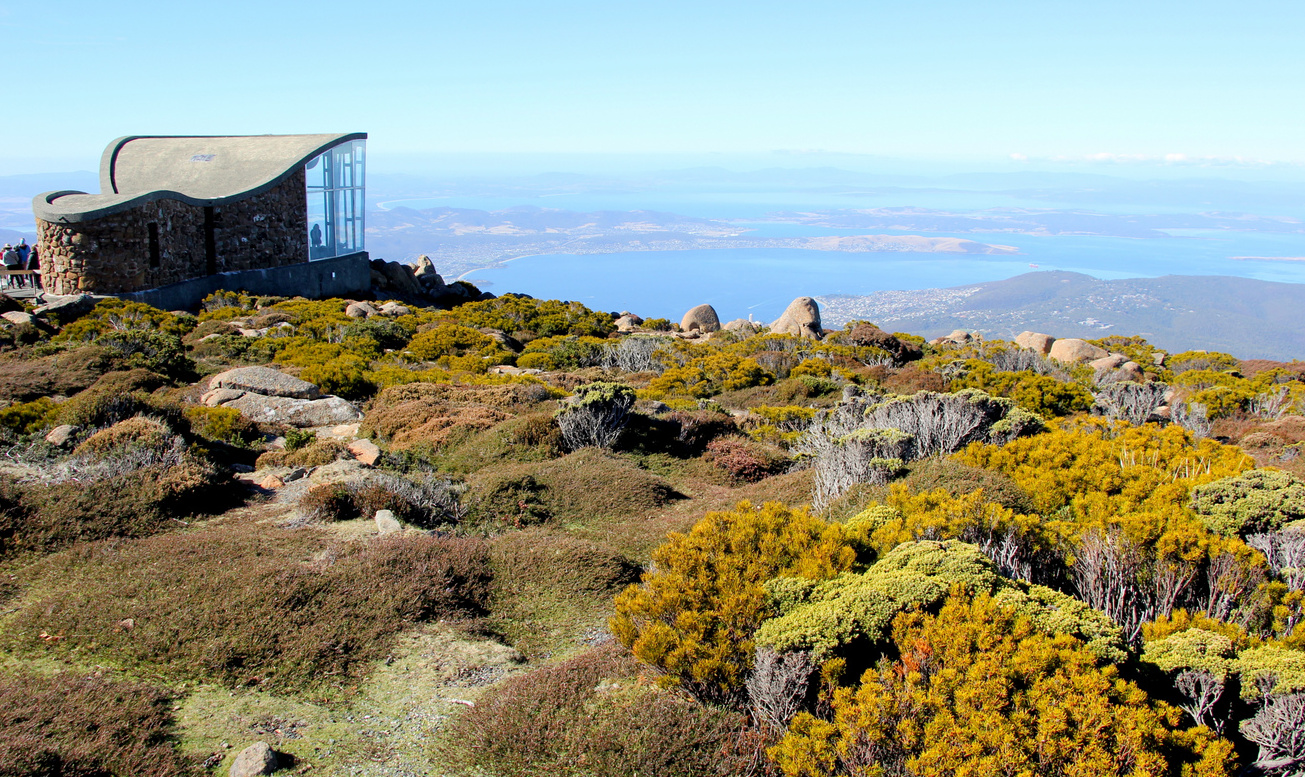 Our next stop was Hobart – Australia’s second oldest city, second driest city (after Adelaide) and the least populous of the capitals. But all said, with its relatively cooler climate, Hobart is a delightful place – it combines the dainty charm of a small world town with the luxuries, comforts and razzmatazz of a big, lively city, the package complete by being nestled along the picturesque Derwent river.

We had booked this fantastic place called the Finnview House up a hill in the suburb of Lindisfarne. It had mesmerising views of the river and the city centre. Despite being an outdoorsy person, in the cool climes of Hobart, I loved the evenings, sitting cosily inside the warmth of the house, sipping some Chardonnay and staring for hours at the sparkling dreamlike city lights across the river.

Hobart reminded me a lot of Wellington – the capital of faraway neighbour New Zealand – and which ranks very highly in my list of most beautiful cities. Both have a bit of European history and have sparkling waterfronts lined with old yet charming edifices. Then there are the waterside walkways, parks and cafes, the air is among the cleanest in the world (what with gusts of winds blowing from the Southern Ocean all the time, coupled with low industrialization). Both are culturally super-rich, with world famous museums. And finally, there is a sentinel that watches over both places. For Wellington, it is Mt. Victoria (famous for LOTR shootings) while for Hobart, it is the imposing Mt. Wellington. 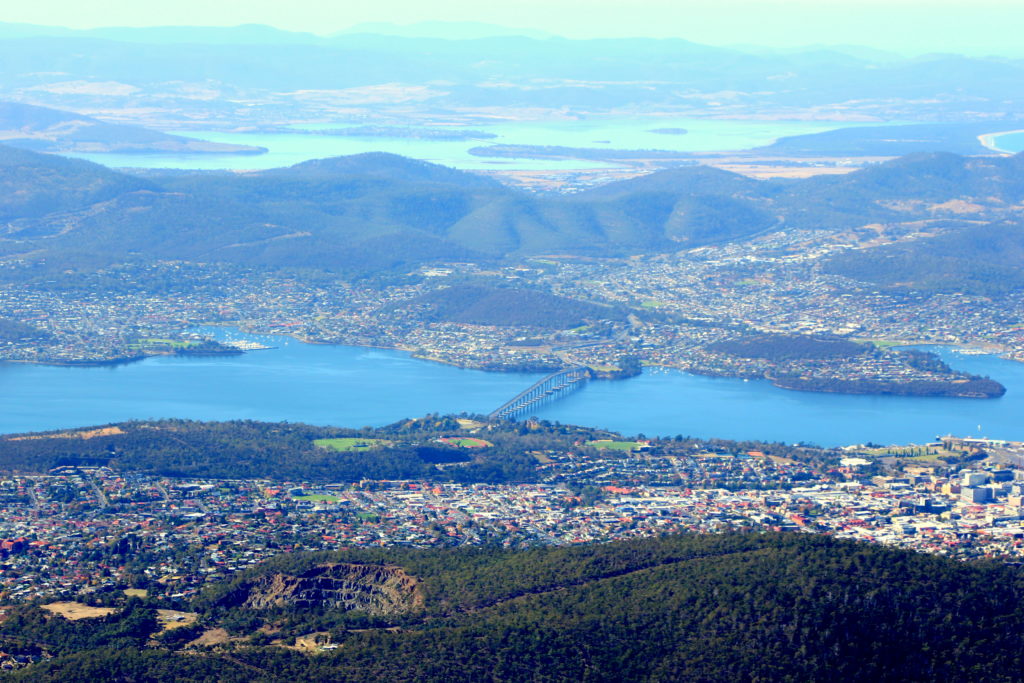 Hobart from the top

The tall building to the right is Wrest Point : Hobart’s highest and also Australia’s first casino

Once named the Table Mountain by exploring pioneer Matthew Flinders, (after its counterpart in South Africa), it was renamed in honour of the Duke of Wellington. It’s a must-visit just for the winding road to the top and the million-dollar panoramas over Hobart bisected by the blue waters of the Derwent. Stretch your vision far away and you can see the undulating hills and valleys crunched to formation (along with the towering Wellington) when the Australian continental shelf was tearing away from Antarctica and the rest of Gondwana 45 million years ago. On one side from the viewing platform, you can also view a stack of dolerite columns formed from volcanic activities and popularly known as ‘The Organ’ due to their resemblance to ecclesiastical organ pipes. Mt. Wellington has its long list of notable visitors including early explorers such as Flinders, Bass and Nicholas Baudin. It was also visited by Charles Darwin way back in 1836. 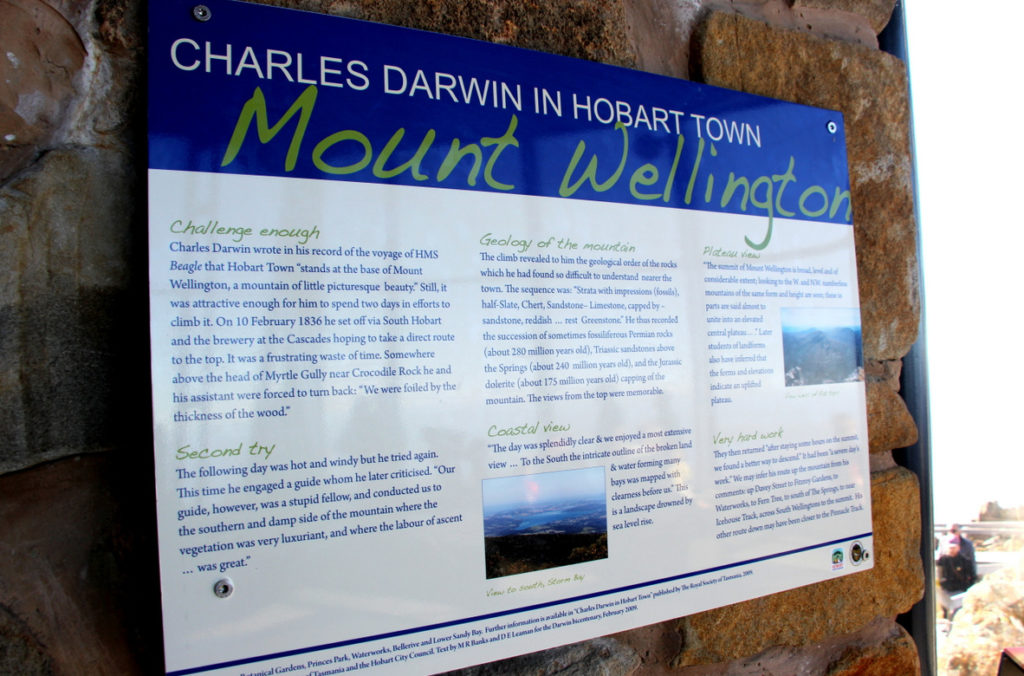 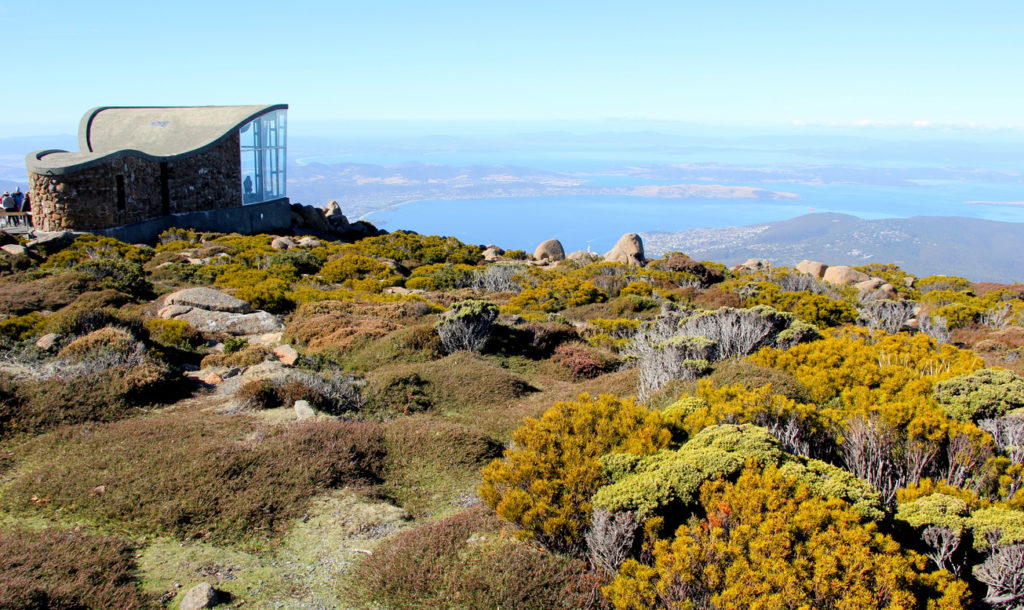 We next headed to the Royal Botanical Gardens, so quintessential of every city established by the British to cultivate local plants and send out specimens to a growing horticultural market back in Europe. A quaint piece of greenery very close to the CBD, it is small but beautiful with a sub-antarctic house, a Japanese garden, a rose garden and a flower clock. The trees had matured with autumn colours in red and orange and looked charmingly contrasting to the green grassy beds. 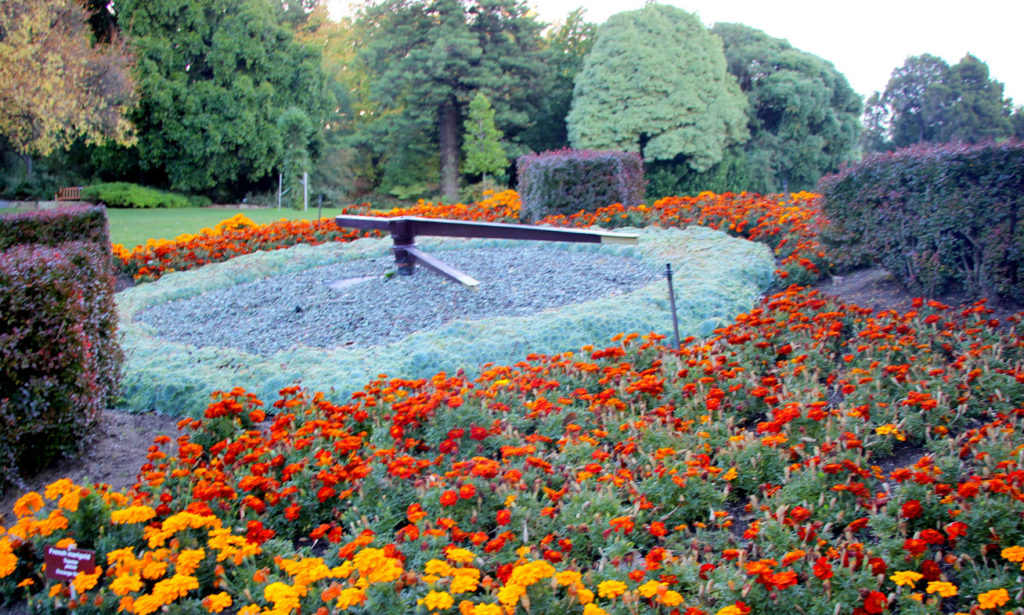 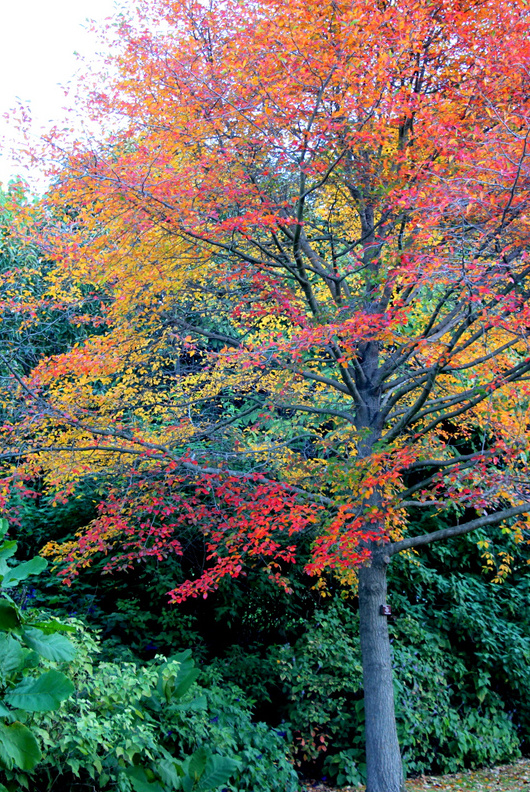 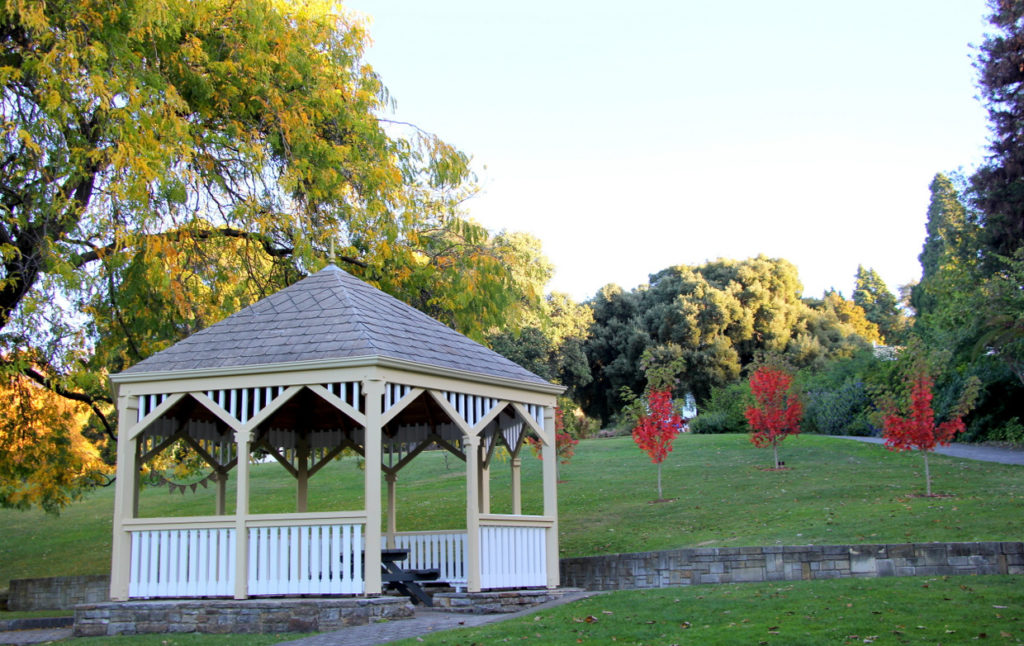 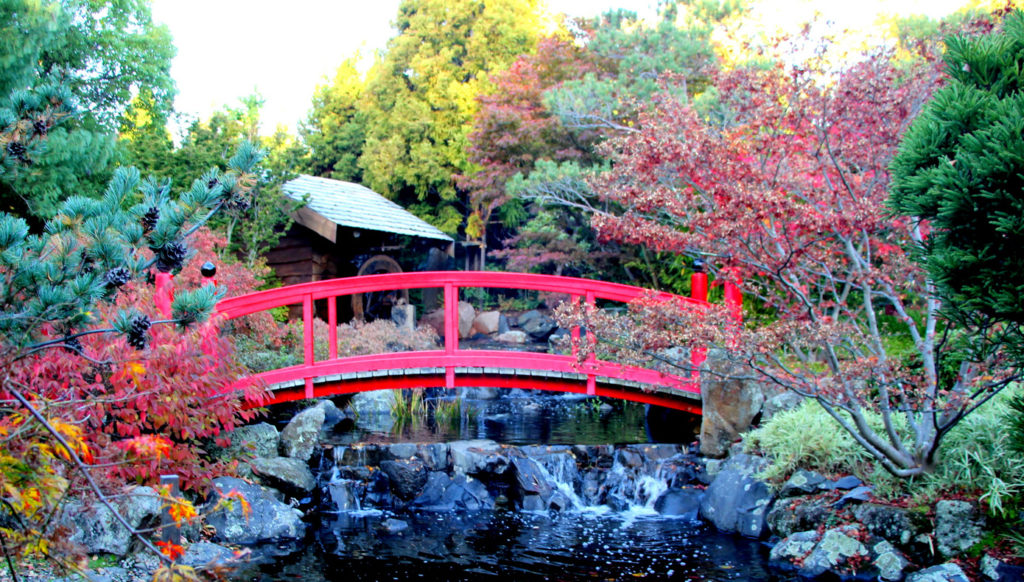 The list of places to visit goes on – museums, parks and fabulous restaurants. But what impressed me were the weekly markets of the city that brought the wayfarers close and the residents closer. Friday night was earmarked for Franko’s night markets near to the historic battery point – famous for celebrating all things Tassie.  Given Australia imports a large part of its produce, local grown food attracts quite an interest on the country.  Farther south, with this island carving out its own place and identity, it was only obvious that ‘Made in Tasmania’ was an even bigger and stronger brand. Franko’s markets had quite a few food stalls and was energised with live music, but to be honest, I was surprised to see it overflowing with people – friends, office colleagues and relatives, all hanging out in the cold windy night and revelling in the Friday atmosphere. Maybe, the relative size of the city helped draw its people close. Or maybe it was the cold and winter, the market providing a a warm offering to bring its people closer.

Franko was impressive, but the real Tassie spirit came out stronger and bolder the next day in the Salamanca Markets. Saturday morning Salamanca is perhaps Hobart’s strongest attraction and displays Tasmania’s biggest selection of locally made everything, from glassworks to gelato, books to beads and bakery, salmon sausages to ceramic artwork – the range is as fascinating as it is humongous. With over 300 stalls, it is, without surprise, the pride of Hobart. And if you are an artist, believe me, you will wear a smile on your lips to see all that creativity and innovative passion culminating in commerce, curiosity and most importantly recognition. Stallholders getting to showcase their talents here, wear this opportunity like a badge of honour. Operating since the 70s, the Salamanca markets has cemented its place in the hearts of the locals and guidebooks around the world alike. There are similar markets elsewhere in the country and abroad, but few are as decorated as Salamanca. True Tassie spirit? Can’t get better than this…

(Below: The many faces of Salamanca) 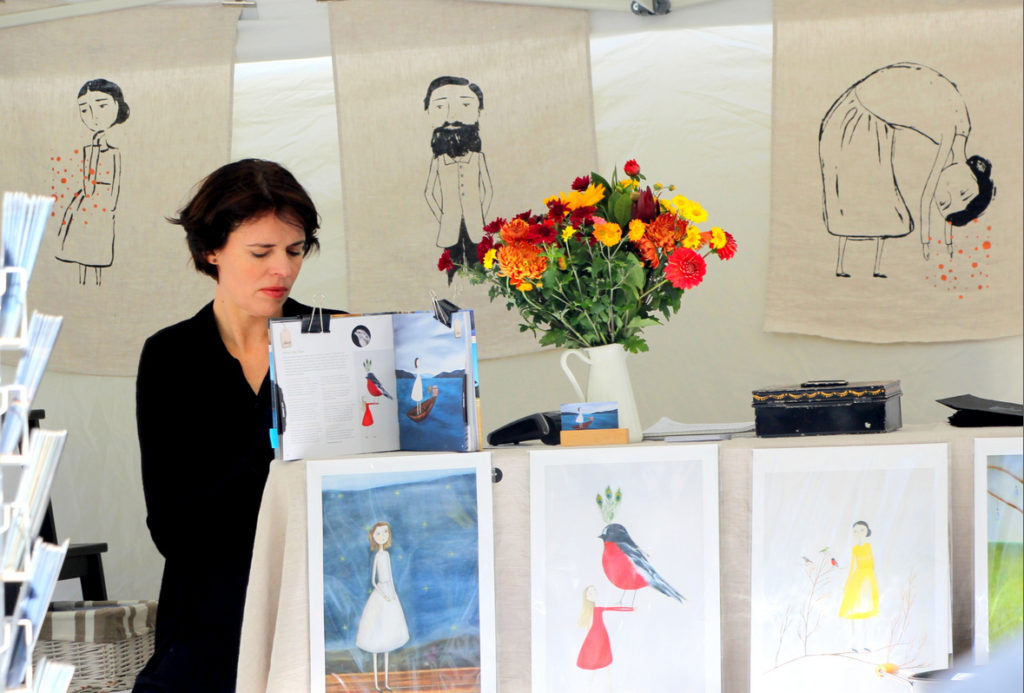 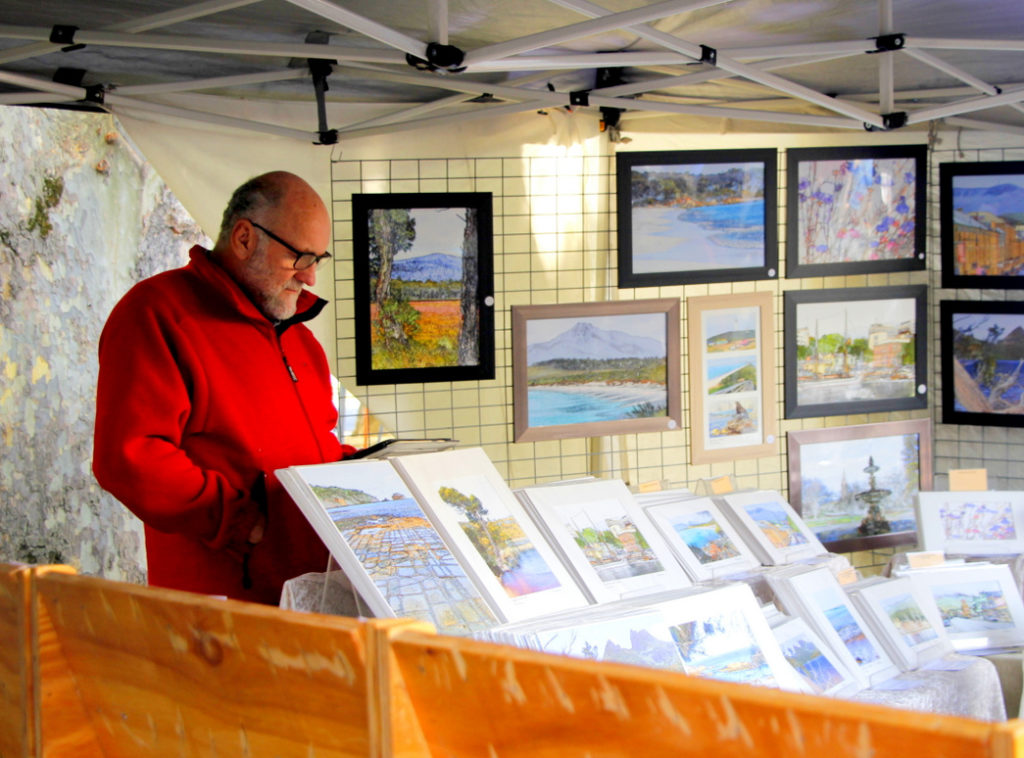 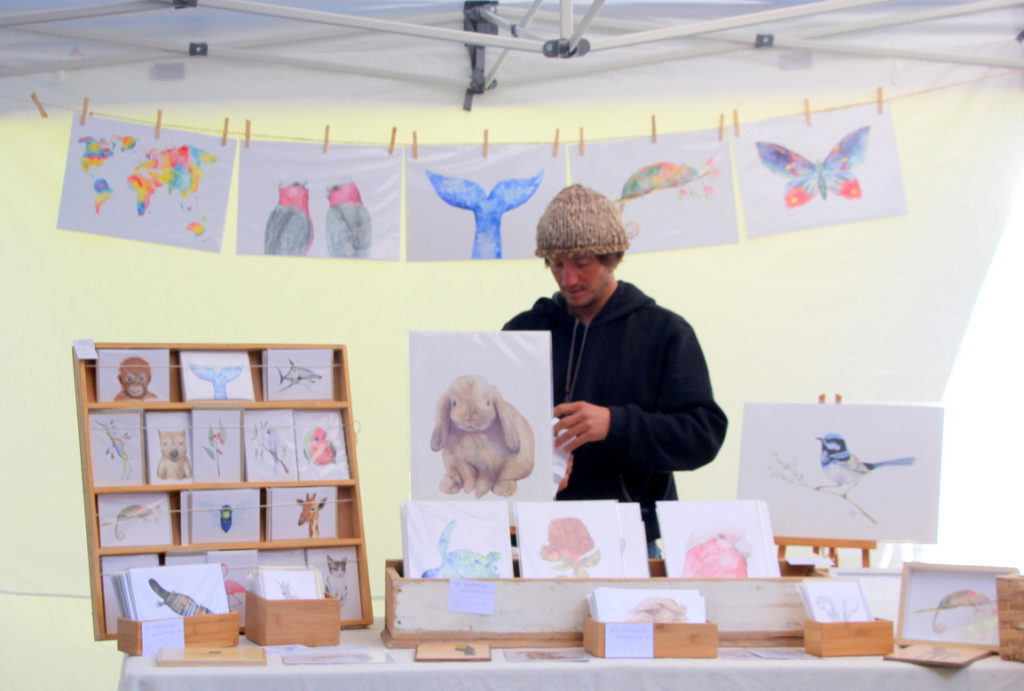 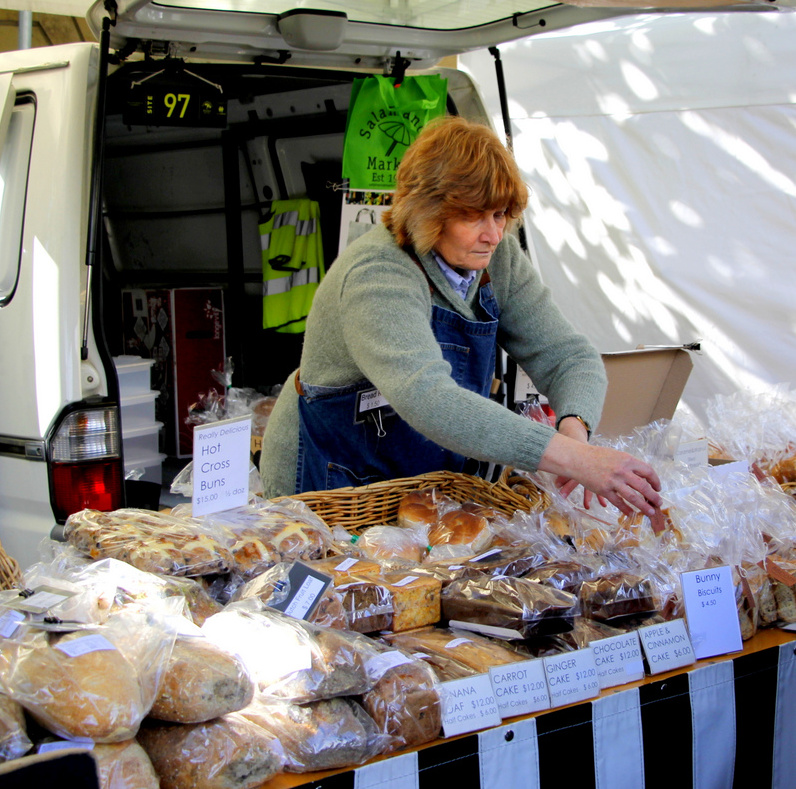 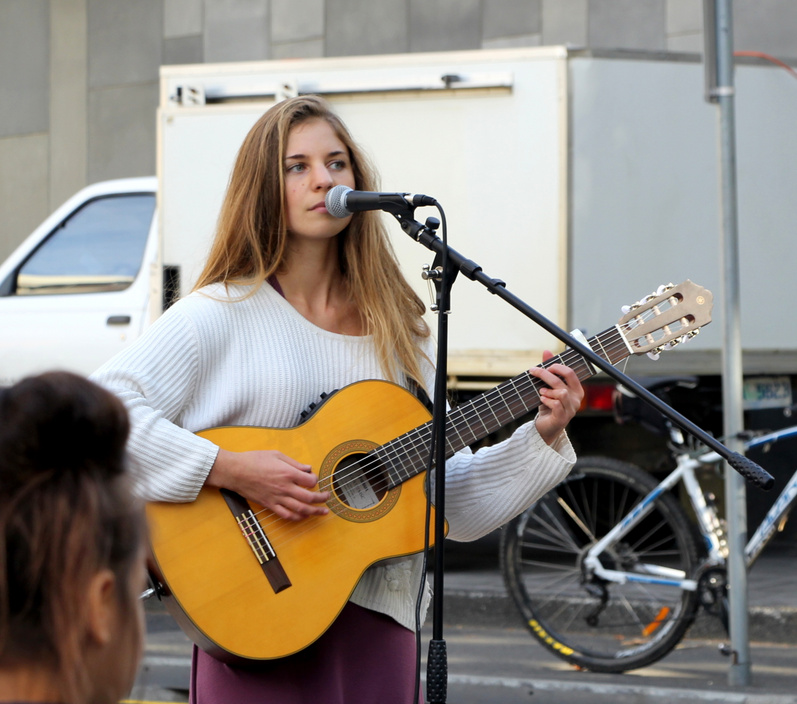