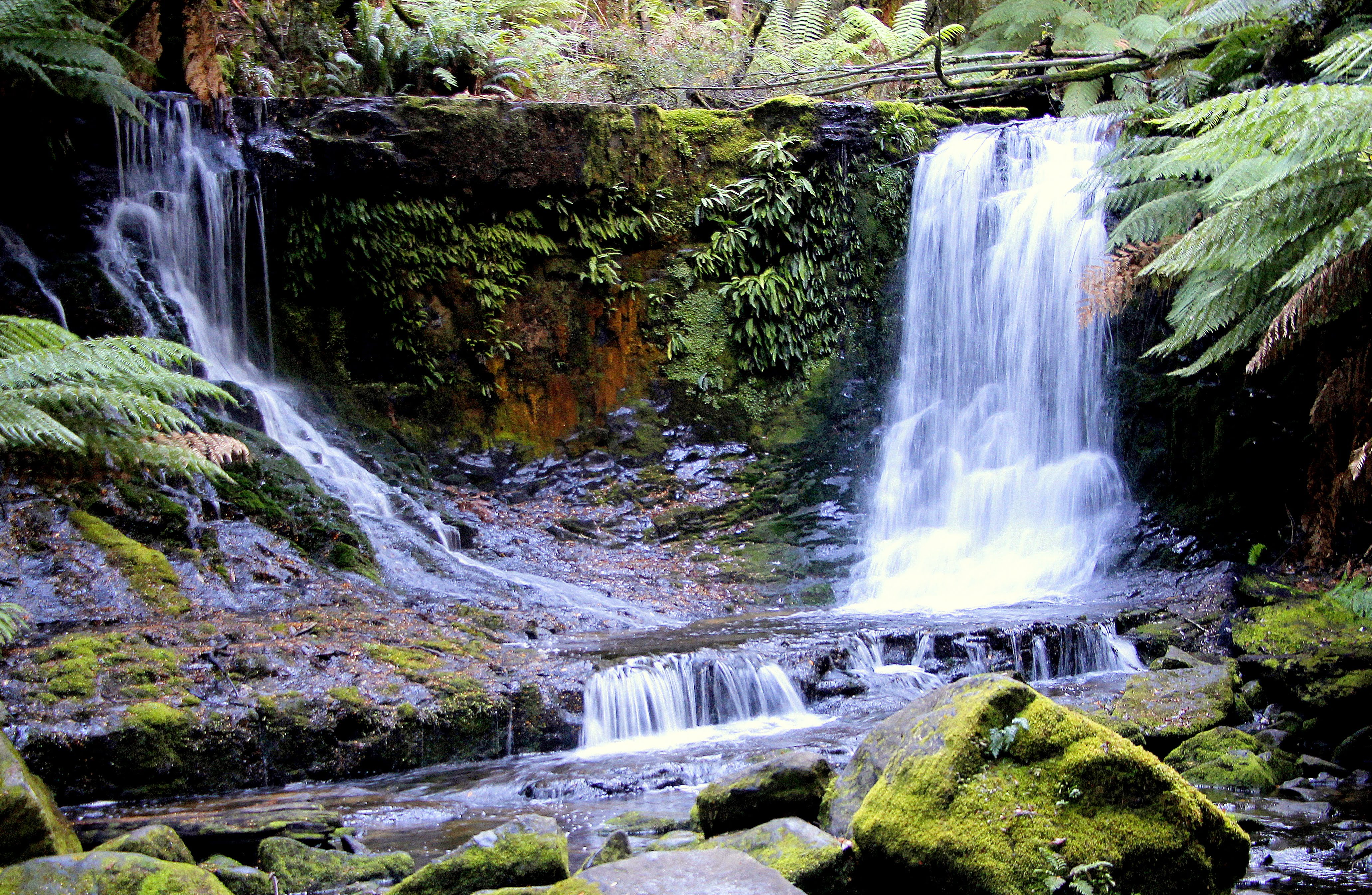 About an hour and a half drive from Hobart will take you to the unmissable Mt.Field National Park. It’s Crown jewels – the beautiful Russell Falls is the most photographed of Tasmania’s cataracts and is – in full bloom – arguably the prettiest you can find in the country. It has a long vertiginous drop with multiple breaks, that creates a picturesque series of jumps on the face of the waterfall. But that said, it is best viewed when full (we had gone during a dry autumn spell, so sadly couldn’t see the fall in its true majesty). 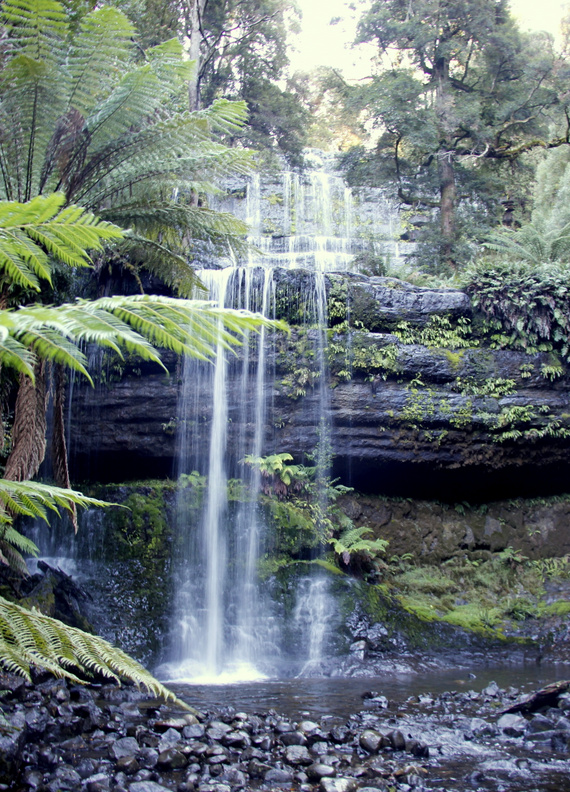 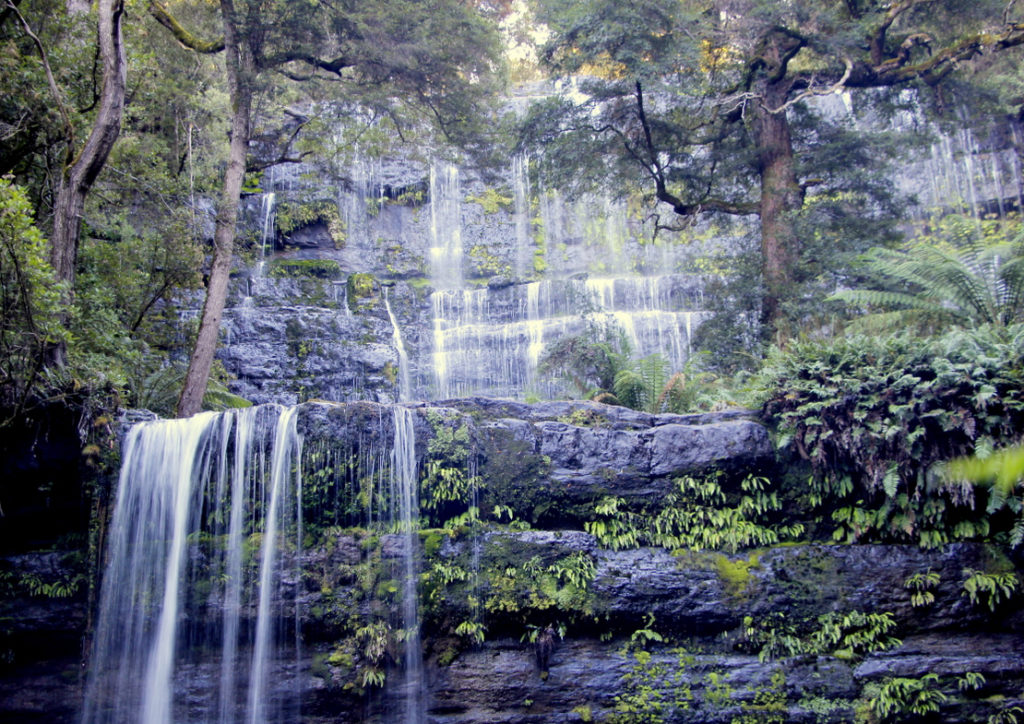 I knew that this UNESCO list was a proud roster of the Earth’s greatest treasures, including the Seven wonders such as the Taj Mahal, and the Pyramids, as well as natural treasures such as the Great Barrier Reef. What I was unaware of was the meticulous science that sat behind the listings. I also learnt that the importance tagged to this reserve arises from the fact (among many others) that herein lied rock formations from every single geological period of the Earth’s history – quartzites from the earliest Precambrian period, sandstones and fossils from the Cambrian explosion and Ordovician radiation times, sedimentary rock formations from the Triassic and Cretaceous, tectonic signatures from the separation of Australia and Antarctica from Gondwana – the list goes on. In other words, if you wanted to study the earth’s geological history from chapter 1 in a single book, this wilderness was the rare library that had it all! 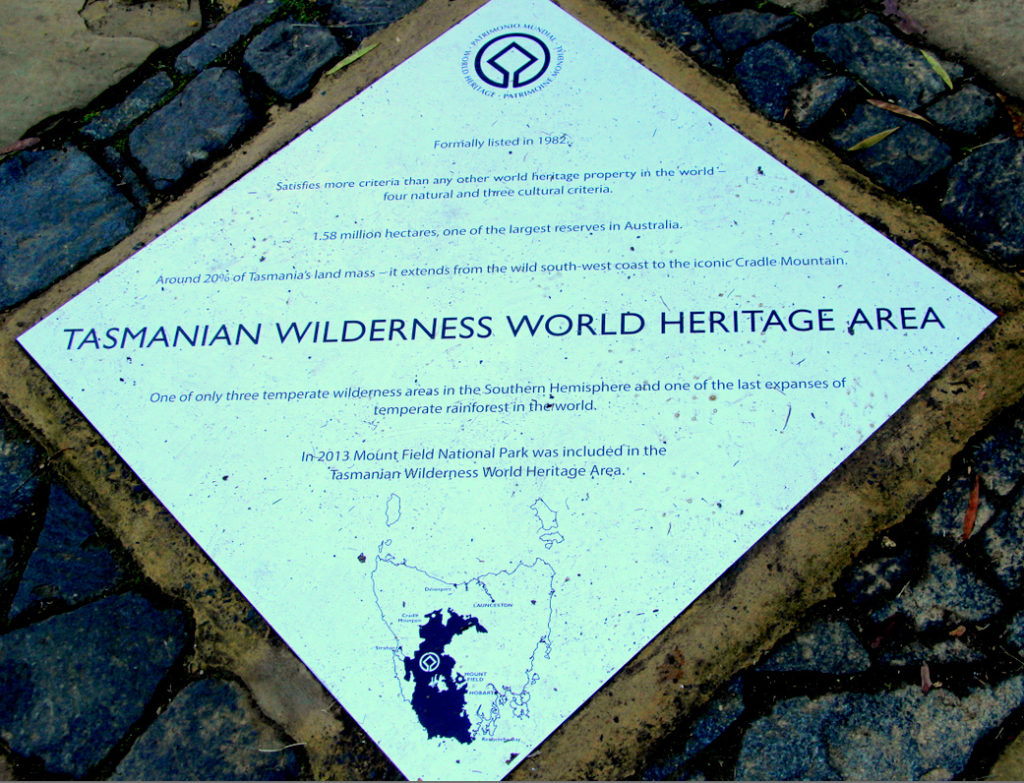 Another awe-inspiring aspect of the National Park was its vegetation – so different from anything I had seen on the island. A welcome break from the desiccated emptiness of the east coast, here, the world was filled with temperate rainforests: in fact, it is one of only three large temperate wilderness areas remaining in the southern hemisphere (the others being the Fiordland region of New Zealand and the Patagonian Andes in South America). The 20 minute walk to Russell Falls through these temperate forests, was in that sense, a surreal experience – the thick foliage of the towering eucalyptus trees barely allowed sunlight to bounce on the forest floor. The result was a mushy- swampy ground, filled with undergrowth, mosses and dripping lichens. The soft, ever-present sound of flowing streams created a wonderful meditative backdrop, while giant fern trees and eucalypti stood like sentinels of the rainforests, watching every step of us untrustworthy outsiders. 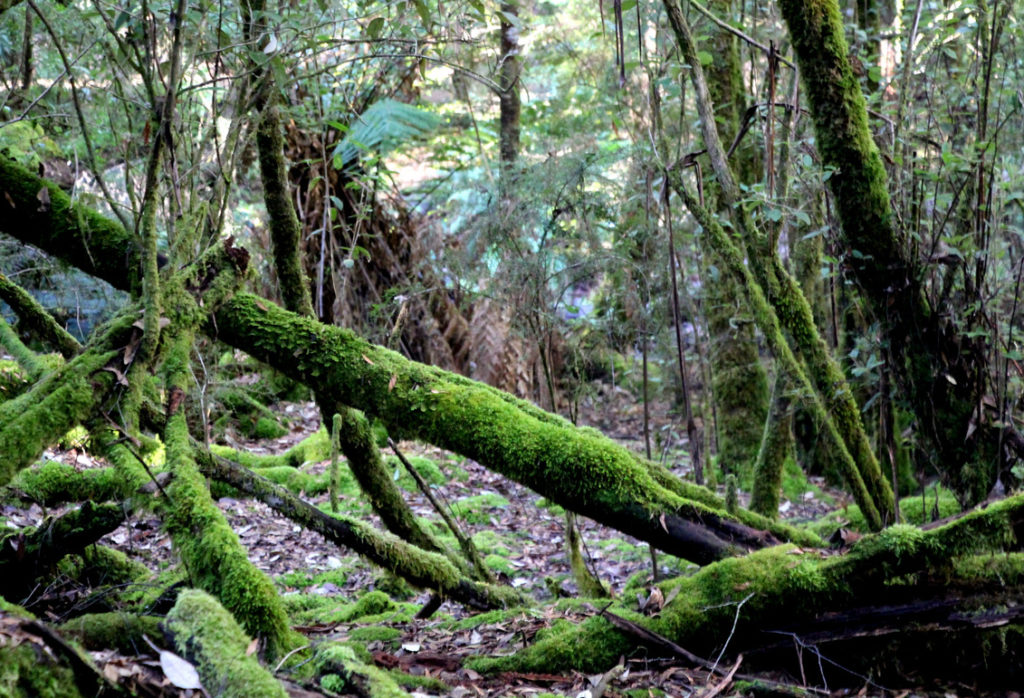 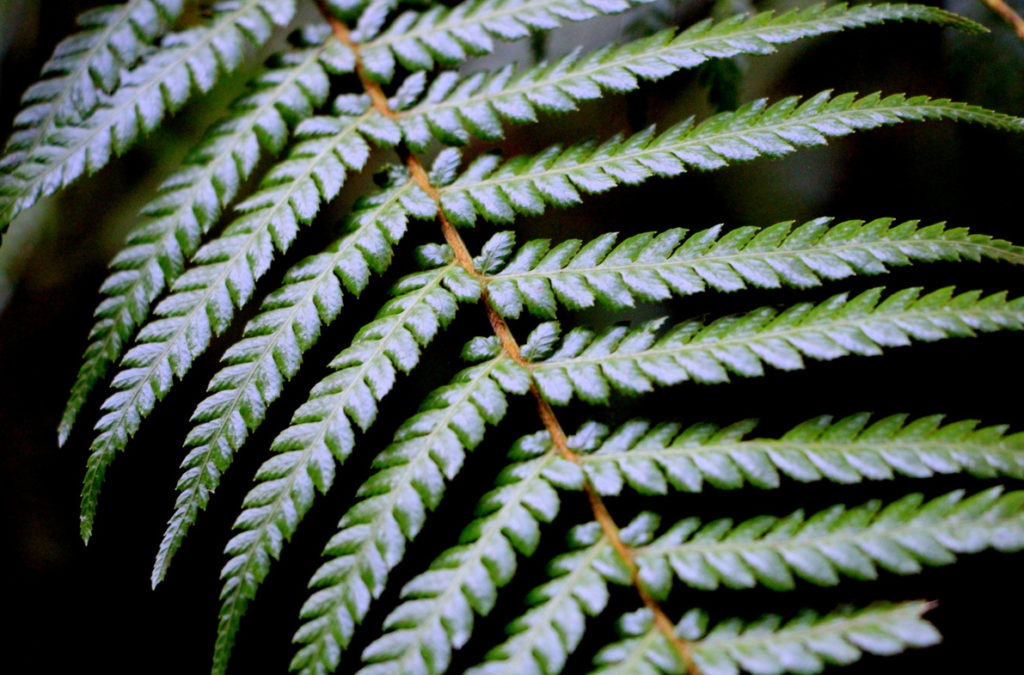 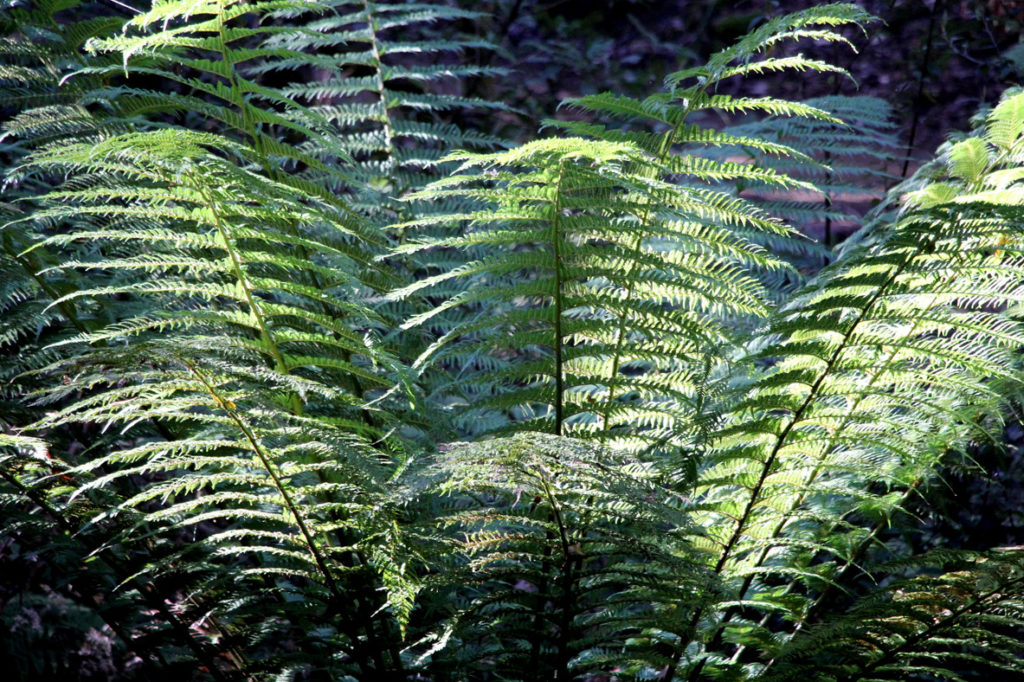 I kept walking and not until I found a fallen tree, did I realise the magnitude of the eucalyptus trees – these were apparently the tallest trees of Australia – and that too had a scientific explanation. Eucalyptus trees everywhere else on the dry continent are subject to bush fires. Such has been the impact of fire on these trees that they now need the heat of fire to germinate the seeds of a new generation while decimating the earlier one. But in this island of wonder, constant rains from the moisture laden winds of the Southern Ocean have created a different story. Here, without the threat of forest fires, the eucalyptus trees have grown for centuries, gaining giant proportions and growing to be the oldest and tallest living beings of the continent. Nothing less to expect – just another ordinary day in Tasmania.